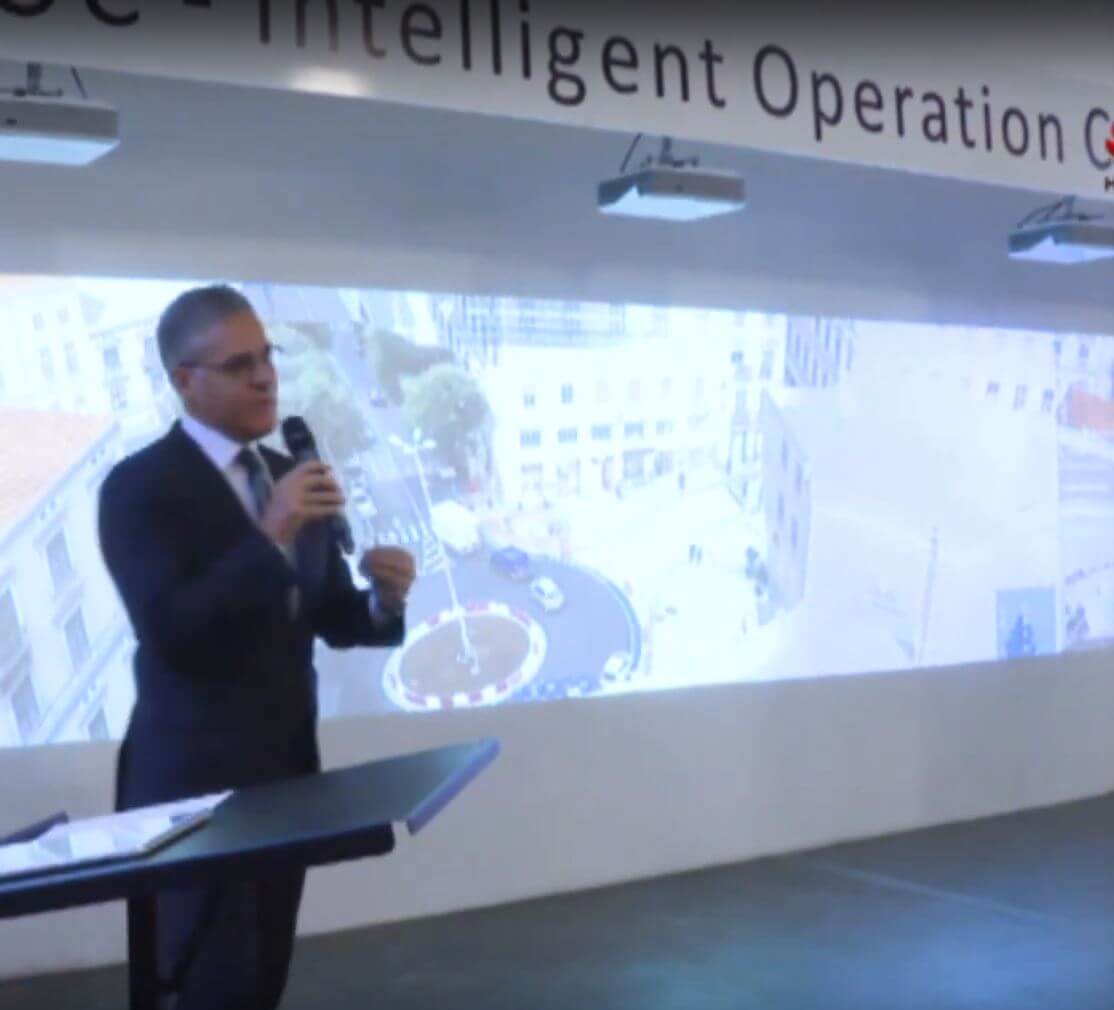 The objective of the project is the realization of an experimental infrastructure with which new technologies will be developed for widespread connectivity on a metropolitan scale, functional to the development of mathematical models aimed at solving problems related to smart cities, the experimentation of widespread sensors for the acquisition of large amounts of data that will be managed through the development of architectures for OpenData and Bigdata, the testing of systems for city safety (safe city) and the study of new generation e-LTE systems.

Today, 50% of the world's population lives in the city and the number will grow to 70% by 2050. Cities are among the major places of economic and cultural activity of the 21st century. The increasing urbanization and aggregation of metropolitan communities on a metropolitan scale, sustainable development, citizen involvement, economic and cultural attractiveness and governance are among the most significant difficulties that modern cities face.
The increase in complexity of these problems and technological development are leading to the urgent need and / or opportunity to radically rethink the construction and management of our cities.
With the realization of the project will be studied and defined methods and technologies to offer new intelligent solutions to these problems, through the close combination between the implementation and experimentation on an urban scale of advanced infrastructures for communication and diffuse sensors, which will allow the study and development of innovative vertical solutions to increase the attractiveness of the city, the management of resources and the safety and quality of life of citizens.
This research, development and innovation project is part of a broader context that aims to make Sardinia one of the most prominent regions in the development and application of innovative technologies for smart cities.

With this in mind, the Autonomous Region of Sardinia, CRS4 and Huawei have signed an agreement for the development of research projects in the Smart & Safe City area to be implemented in Sardinia. As part of this agreement, Huawei and CRS4 present the joint innovation project in Pula, called the Joint Innovation Center (JIC) at the headquarters of the CRS4. The development of the project, if the desired objectives have been achieved, will allow to carry out Smart & Safe City research projects which, once adopted, will favor the improvement of citizens' quality of life and, in the meantime, will allow companies to improve their know-how -how and their competitiveness in the market.

The achievement of the JIC project objectives will be an important step towards the adoption of Smart & Safe City projects in urban contexts existing before the emergence of new technologies, thanks to the creation of a solid technological ecosystem and the consolidation of specialized local skills, with a synergic collaboration between public authorities and the private sector.
In fact, in addition to CRS4 and Huawei, which will provide their research and development personnel, Sardinian and national SMEs have been involved, who will contribute to the project with their technical and research staff and with the free supply of infrastructure necessary for the project.

The project is characterized by the opening at the entrance of new public and private partners who can contribute to the different phases of the project on the basis of their specific skills and interests. This will allow the laboratory staff and the companies involved to increase their competence and visibility in a wider context, to CRS4 to acquire a role as a reference subject for the study and development of new applications within the 'Urban Technologies' .

The JIC will collaborate with some of the most important laboratories of Huawei throughout the world and will acquire skills on the latest generation technologies in the LTE and on the development of new solutions, including the 5G.

The analysis of urban data often requires an impressive amount of work, from identifying sets of relevant data, to their cleaning and integration, to the execution of exploratory analyzes on complex spatio-temporal data. Our long-term goal is to enable interdisciplinary teams to better decipher cities, freely exploring the vast amount of data that cities generate.

The analysis of urban data often requires an impressive amount of work, from identifying sets of relevant data, to their cleaning and integration, to the execution of exploratory analyzes on complex space-time data. Our long-term goal is to enable interdisciplinary teams to better decipher cities, freely exploring the vast amount of data that cities generate.

Thanks to the increase in power of mobile devices, the graphics and interactivity that was once only possible with desktop computers is now in the palm of the hand, and can be experienced almost anywhere.

The experimentation of integrated and intelligent energy distribution networks and the promotion of active involvement and participation of citizens, such as producers and consumers of energy, are the key themes of this realization goal.

One of the main aspects of the concept of an increasingly intelligent future city is linked to the use of ICT technology, now permeating, to improve the quality of life of the citizen and in particular his safety.

The technologies developed by CRS4, based on multi-resolution models, offer enormous opportunities for new products both for museum installations and for ubiquitous access to the good.